Deprecated: The $control_id argument is deprecated since version 3.5.0! in /code/wp-content/plugins/elementor/modules/dev-tools/deprecation.php on line 301
Skip to content

Gianfranco’s interdisciplinary civilizational project, inspired by Michel de Montaigne’s essay “Of Cannibals,” will investigate the concept of cultural relativism within the context of the First Spanish Conquest by exploring the following overarching question: how have the self -figurations of two Peruvian intellectuals of indigenous lineage, Inca Garcilaso de la Vega’s and Felipe Guamán Poma de Ayala,  been meaningfully transformed by colonization? Though scholarly literature has coupled these two authors in conversation with written and pictographic portrayals of colonization, their individual receptivity of this period has unfortunately been undertheorized despite the parallels and divergences in their identities. With my investigation, Gianfranco aspires to enrich existing discussions of indigenous texts of the colonial era by complexifying these authors’ polarized identities in the social and educational spectrums, yet with similar motivations, in chronicling the Spanish colonization in Peru.

Clothing for a Crocodile: the Humanization of Nature in Post-Stalinist Children’s Medias

This summer, Jonah will be exploring the available digital archives of the Russian National Library, US Library of Congress, Princeton’s Cotsen Children’s Library, and the Gosfilmofond in Moscow, in order to compile and analyze a vast collection of Soviet children’s books, films, and animations produced in the 1960s and ‘70s which display the trope of the personified and humanized animal. Lounds’ research is intended to illuminate any new cultural meanings produced by the common use of a trope that is so irreconcilable with traditional Marxist assertions of human exceptionalism and supremacy over the natural world. Such findings should offer an alternative to the common assumption that, with the waning political relevance of Marxism-Leninism in the USSR’s twilight years, the Soviet Union had become completely devoid of vision and thought.

The Popol Vuh in the Guatemalan Diasporic Communities of East Oakland, CA

The Popol Vuh is a historical narrative recounting the traditional mythology and origin of the Mayan Kʼicheʼ people. Eunice’s thesis explores how this foundational book and its oral traditions contribute to maintaining the beliefs and culture of Mayan immigrant communities in the United States, specifically in East Oakland. Her work centers on oral interviews of immigrants from northern Guatemala, southern Mexico and parts of Belize, and will investigate how the tenets of the Popol Vuh resonate in these communities. This research helps us understand and interpret how Mayan families perceive and preserve their traditional customs and provides us a new way to understand and interpret the legacy of foundational narratives, such as the Popul Vuh, in the present day. 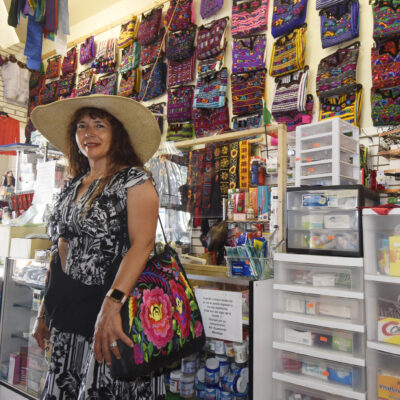 Ntozake Shange’s 1976 choreopoem for colored girls who have considered suicide / when the rainbow is enuf is a work that many Black feminists continue to celebrate today. When Nzinga Stewart, a Black woman filmmaker, attempted to produce her 2006 adaptation of the play, she was directed to Tyler Perry, who rewrote the script and produced his 2010 film For Colored Girls.  Sera is studying Stewart’s unproduced adaptation to recognize Stewart’s intellectual contributions to Black feminism. She uses rhetorical analysis to study representations of healing in Stewart’s screenplay. The project involves examinations of materials at Shange’s archive, interviews with Stewart, and secondary sources about each work, healing and Black feminism. The findings of this research will culminate into Sera’s senior thesis in African American Studies.