Return migration is often considered the end of a migration story. However, returning to one’s community of origin after living in diaspora implies emotional processes of reunification and estrangement that are rarely examined. Danielle’s research and documentary film will explore how Indigenous Oaxacan migrants view themselves and their communities after returning to their ancestral homelands in Oaxaca, Mexico. In Oaxaca, where they currently live, Danielle will conduct interviews with migrants who have returned after living in the United States for several years, as well as with representatives of transnational hometown associations and local community governments. Danielle’s life experiences make them uniquely qualified to pursue this multidisciplinary research, as they are a return Oaxacan migrant themselves, and have been sitting with the questions of this project for most of their life. 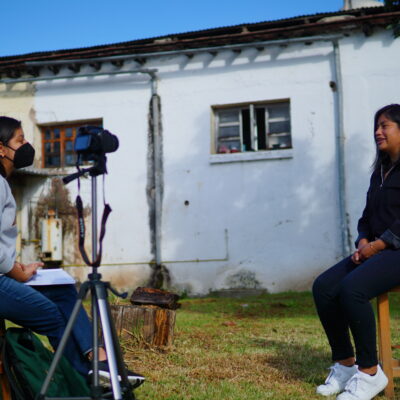